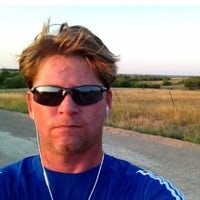 I have only just started using Discord. This site Hashnode that I have fallen in love with so much has a Discord channel that I joined. Even though I am not the most chatty person in the world, I find it comforting that I have a place to go to ask questions or get advice.

From there I explored Discord some and found a home in the "The Codin' Nerds" Where I like to answer questions on Linux. I had noticed that they use a lot of bots and I was curious about them. I have written bots and AI chatbots for our old Minecraft server and I really enjoyed my time working on them.

Out of curiosity, I wanted to know what was involved in writing one for my own server.

So I created a server and searched for a quick tutorial in python. I found How to Make a Discord Bot in Python From the Real Python website.

It turns out to be a lot simpler than I thought using the Discord module in python.

In this tutorial, I will show you how to build a jokes bot to render a joke upon request.

If you are already on Discord and have your own server/guild then start here, otherwise use the Real Python link above to catch up on what Discord is and how to create a user account. 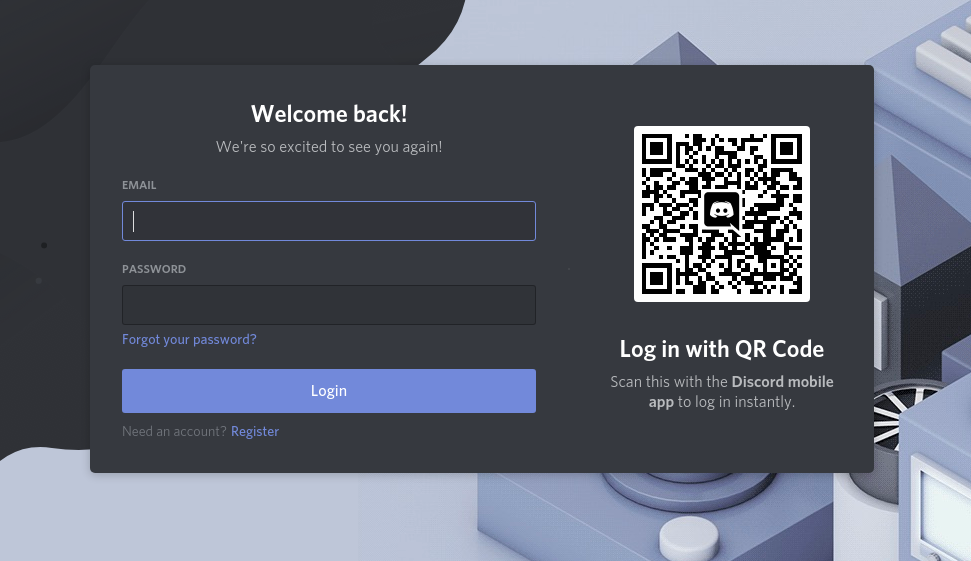 Verify your email account after in order to move on.

Once you’re finished, you’ll be redirected to the Developer Portal home page, where you’ll create your application.

You will be prompted with a new pop up window asking for you to name your new application.

I named it jokeBot for this tutorial. 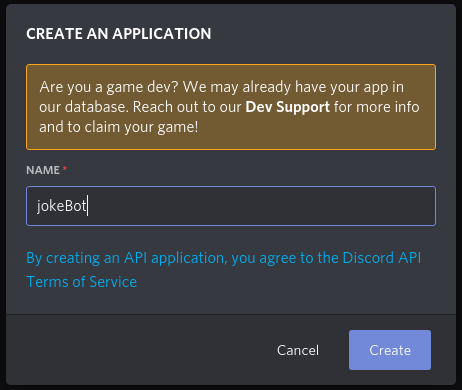 Click on the Create gui button to move on to the General Information page.

On the left and side is a list of settings. Click on the Bot Setting to bring up the bot information.

Then on the right, click the gui button 'Add Bot'

You will see another pop up that says:

Add a bot to this app

adding a bot user gives your app visible life in Discord. However, this action is irrevocable! Choose wisely.

Once you confirm that you want to add the bot to your application, you’ll see the new bot user in the portal:

Adding The JokeBot To Your Server

This tool generates an authorization URL that hits Discord’s OAuth2 API and authorizes API access using your application’s credentials. You will grant your bot rights to access to Discords APIs using your account OAuth credentials.

To do this, scroll down and select bot from the SCOPES options and Administrator from BOT PERMISSIONS:

As you can see under SCOPES, Discord has generated your bots authorization URL with the selected scope and permissions.

I selected the Administrator as the permissions because I was wide open on what I wanted my bot to accomplish. If using in a production environment you should restrict permissions.

Select copy beside the generated URL and paste it into an open browser window.

Select your server from the dropdown option and click the gui continue button. Then confirm the connection bu clicking Authorize (You may get a reCaptcha option)

You should be rewarded with a window: 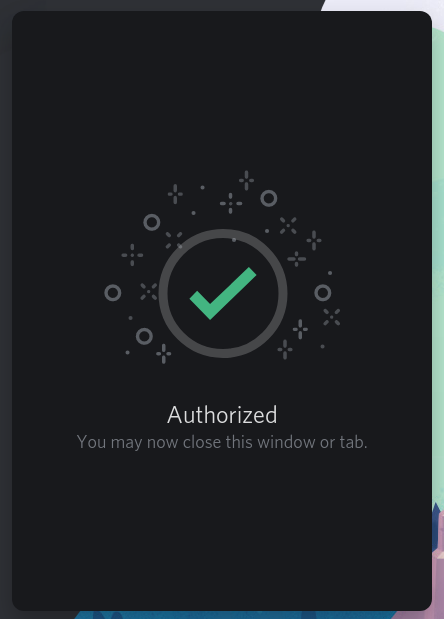 Close the window but do not close the browser. You will want to return to the Discord Developer page to grab the Token.

Go to the server you attached it to and verify that your bot has been added. At this point, your bot has a greyed-out look to it as it is currently offline.

Create Your JokeBot In Python

Now for the fun part. Open your Linux terminal and install discord.py with pip.

Connect your bot to your server.

I have written my app in 3 separate scripts. They are small and simple but will give you a good idea on how to expand your bot and scale up. The 3 files are:

Lets create the jokes.txt file first. I have a couple of jokes for you to copy and paste into a text file. Make sure you name it jokes.txt.

Remember to have each joke on the same line. Not to say it can not expand mutiple lines just make your character return at the end of each joke.

I work in VIM so it may just be easier for me.

The next file is our pylogic.py file. If you are familiar with python then this will be easy to read.

The jokebot is the connection app somewhat like a flask or django app.

Now look at your server and verify your bot is available.

Hopefully this will get a bot working for you in a dev environment. In most cases, you would set the token as a environment variable but inthis case it is trying out new logic ideas. Also instead of having to add jokes in a json style format you can just add your joke to the joke.txt without having to restart the jokebot.py app. It has been fun to work with and I would like to expand it to grab online data. My kids want to take it and build their own RPG game. I have to say they are a lot more creative than I am.